This was meant to be a relatively straightforward clean and polish of the Limestone tiles surrounding a swimming pool at a large house on the outskirts of Canterbury. However, after visiting the property to survey the installation I discovered that a lot of the tiling around the edge of the pool was loose and water was getting in underneath.

I discussed the problem with the owner and concerned about health safety he asked me to remove the affected tiles and refit them securely. The Limestone tiles were also stained due to the chemicals in the pool however I already had a plan to burnish the stone tiles to resolve that problem. We agreed a date for the work and the owner agreed to have the pool drained in order to make the tiling work much easier.

I returned to the property on the agreed date and started by setting up some scaffolding and adding plastic sheeting to the pool to protect the tiling. The next step was to tackle the loose Limestone which is when I discovered that the tiles had only been secured in a few places with what could best be described as blogs of tile adhesive which left a large cavity for water to sit. This practice is often referred to in the tiling trade as “Dot and Dab” and very much frowned upon. The tiles should have been fully bonded onto a layer of adhesive that had been spread with a notched trowel to form a very secure bond and ensure water could not seep underneath. 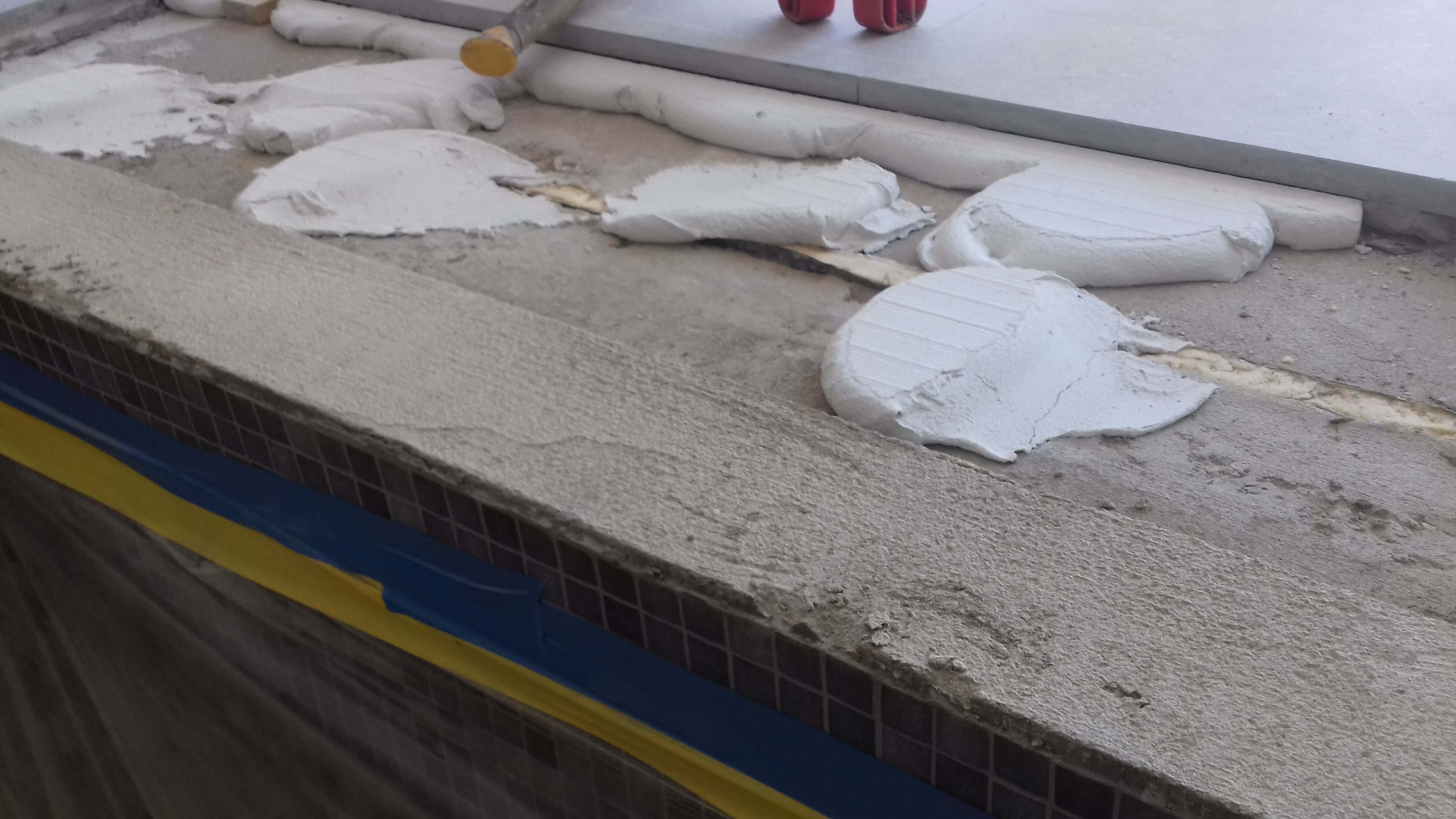 TIP: If you want to check your tiling to see if it has been “Dot and Dabbed” then tap the tiles with the end of a wooden broom handle, it should sound dull throughout, if the tapping sounds hollow in certain areas then this indicates Dot and Dabbing.

The remedy was to lift all the affected limestone edging including the dabbed adhesive and then allow the affected area to dry out thoroughly. I then returned two weeks later to level off the surface with a water proof screed before re-installing the tiles. The tile adhesive and grout needed to be dry before the next stage of cleaning so once I had completed this step, I used the rest of the day to clean up and removing the plastic sheeting and scaffolding. 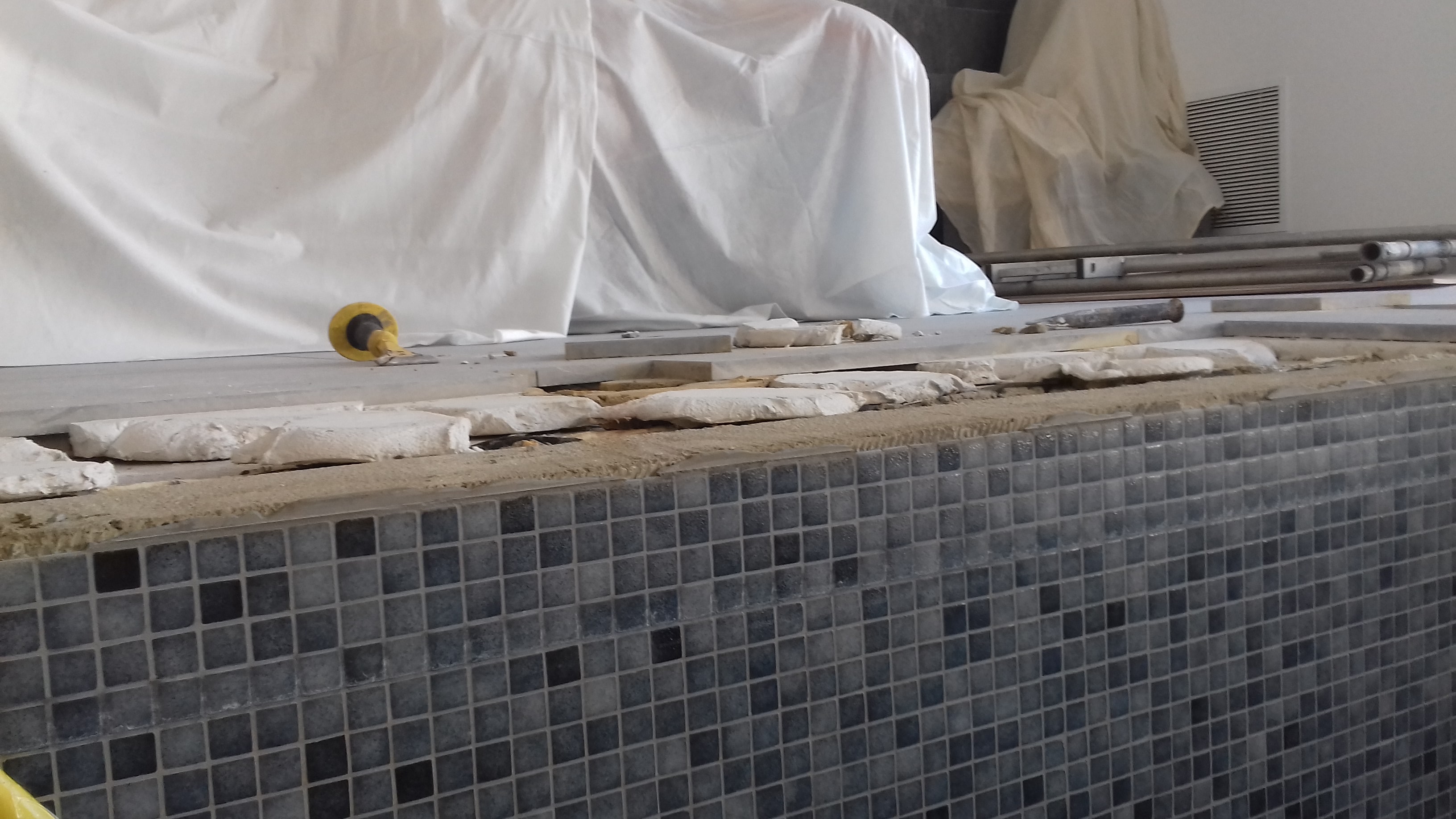 On the next day I checked my previous work was secure and then set about cleaning the floor with a set of Diamond burnishing pads. You start with the application of a coarse 400-grit pad, then move onto medium 800-grit pad, fine 1500-grit pad and finishing with the extra fine 3000-grit pad.

The pads are fitted to a rotary floor buffer and are run over each tile using water for lubrication. The floor is rinsed between the application of each pad so the fine slurry produced can be extracted using a wet vacuum. Fortunately, due to the pool being emptied I didn’t have to worry too much about contaminating the pool water.

The pads made a big difference to the stained Limestone and really brought out the best in the them. Once the pool had been refilled the whole scene looked amazing, I just wished I taken more pictures. 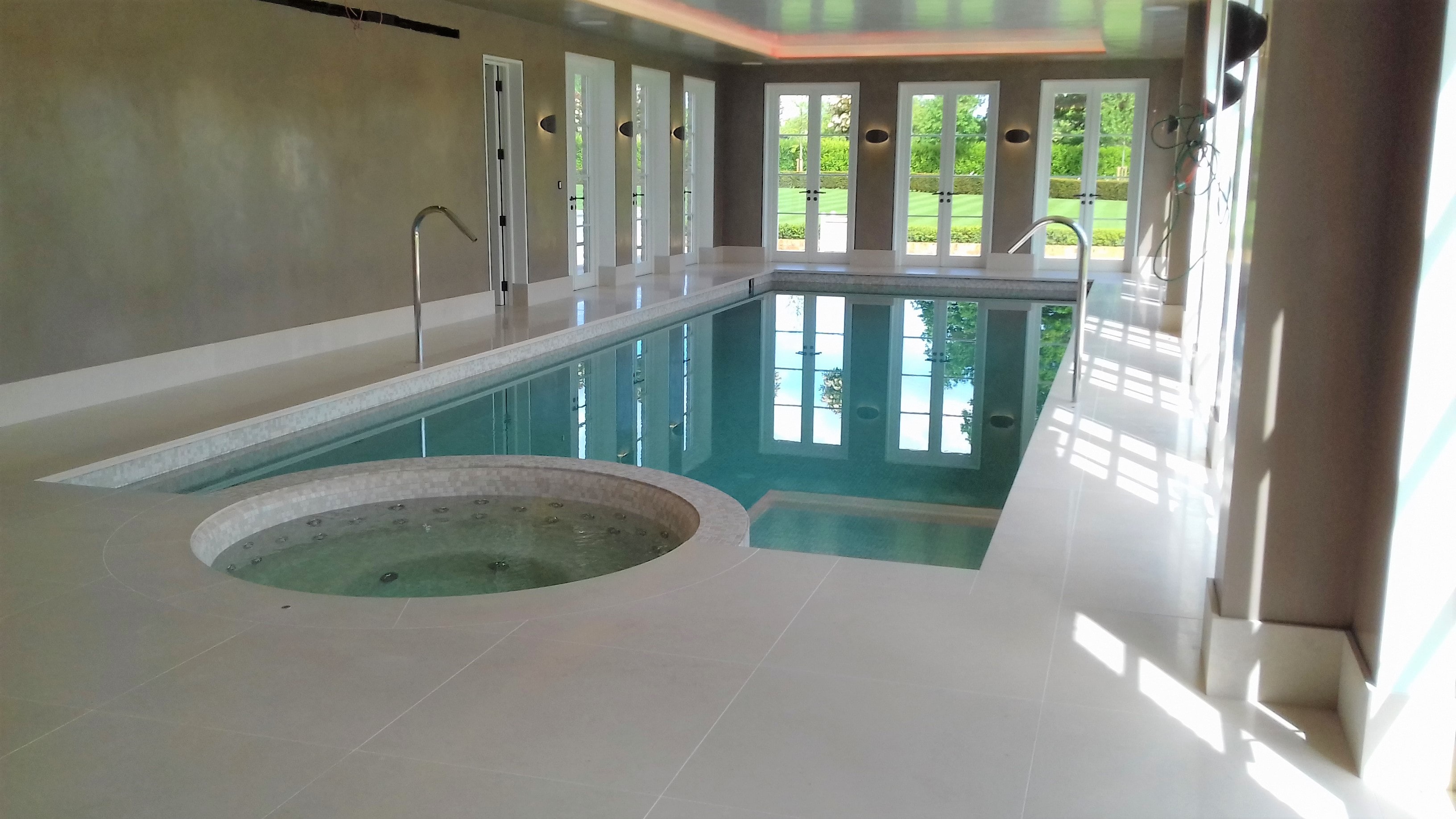 Professional Restoration of a Limestone Flooring in Kent 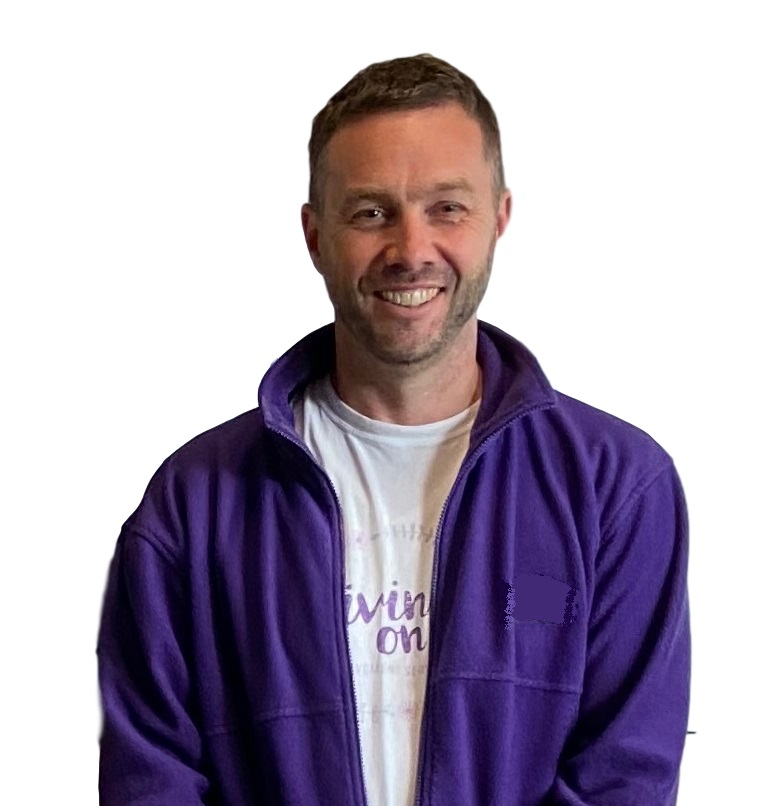